In the middle of a raging pandemic, students cut universities a lot of slack about online learning. Doug Specht warns that this year that might not be the case

If our own apocalypse is a three-act film, then the last 200 years of environmental harms have been the setup, the exposition. We are now at the moment of confrontation.

El Salvador’s Bukele eyes Bitcoin to renew El Salvador’s economic independence, but the economic and environmental impacts might not add up.

The Locus Charter, launched on 24th March 2021, is a suggested set of ten principles for the ethical use of location data proposed by Benchmark and EthicalGEO

In moments of crisis we often turn to data in an attempt to both understand the situation we are in, and to look for answers of how to escape. But is data always the answer? Or can it also do harm?

Doug Specht joined Alexandra Ortolja-Baird of the New Book Network to talk about maps and data, and how the they affect our daily lives.

Doug Specht recently spoke with CCTV about the future of internet television, regulation, and the present landscape of British broadcasting. Parts of this interview were featured in a news item on CCTV-2, the business and finance focused channel of CCTV, shown on 19th October 2020.

At the time of writing there are 7,718 fires raging across California, 20 people have lost their lives, and nearly 5,000 buildings have been destroyed. The ignition of one of these fires caught the attention of the press, and the internet, more than others. On September 5, an explosion of coloured smoke revealed the gender of a Californian couple’s soon to be born child, and simultaneously set light to over 10,000 acres of the El Dorado Ranch Park in Yuaipa.

Read Online
By Doug Specht
Published by: MeCCSA Three-D
Date: 18th August 2020
I just checked – the first email in my inbox about how COVID-19 might impact our school appeared in early February. It was raising concerns for students studying abroad, and for those with families in other parts of the world who might be affected and need support. It only hinted at what was to be the full transformation of our teaching, learning and sense of self that came as the full global pandemic took hold.
Read Online
By Steven Barnett and Doug Specht
Published by: The Conversation
Date: 10th June 2020
As Black Lives Matter protests swept through parts of Britain after the killing of George Floyd in the US, a self-described Conservative student, James Yucel, became so disillusioned with what he interpreted as left-wing bias at the BBC that he established a campaign that he christened “Defund the BBC”. The Twitter handle, @DefundBBC, was presumably in ironic homage to the BLM campaign to #DefundThePolice.
Read Online Watch ARD Report 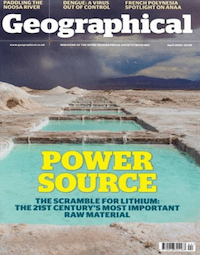 By Doug Specht
Published by: Geographical Magazine.
Date: 14th April 2020
The coronavirus pandemic and subsequent shifts in working practices have undoubtedly led to less pollution in major cities, but what would the long-term impact of such a shift be?
Read online
By Doug Specht and Julio Gimenez
Published by: The Conversation, iNews, The Conversation Indonesia, The National Interest, The Next Web, Phys.org, The Print, SciBlogs, Gizmodo.
Date: 18th March 2020
When fake news, misreporting and alternative facts are everywhere, reading the news can be a challenge. Not only is there plenty of misinformation about the coronavirus pandemic, climate change and other scientific topics floating around social media, you also need to read science stories, even well-known publications, with caution.
Read Online Watch iNews
Indonesian version
Spanish version 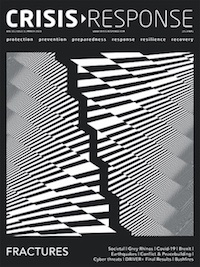 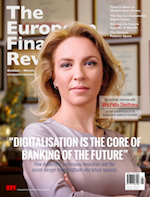 By Doug Specht
Published by: European Finacial Review
Date: 21 October 2019
As we try to grapple with ever more data, control is being handed to an ever growing number of poorly regulated tech companies who fail to store, collect, or use this data appropriately. The classical computational answers are no longer viable, instead we need more social sciences, and a lot more ethics.
Download Pdf 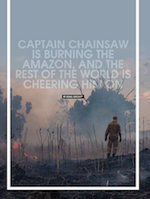 By Doug Specht
Published by: Diplomatist
Date: 14 October 2019
“Captain Chainsaw”, this is the strangely affectionate nick-name given to Brazilian President Jair Bolsonaro. While in some parts of the world such a name might be given as an insult, in Brazil it is a celebration of Bolsonaro’s economic policies and exploitation of natural resources as a way of boosting the faltering economy.
Download Pdf
By Doug Specht
Published by: The Conversation, also republished by: Rights Info | PRI | QOSHE
Date: 29 August 2019

If politicians normally entrusted to rectify situations like the fires in the Amazon are instead making them worse, what can be done to stop the Amazon burning? Now time for all of us to apply pressure for a change in the way we look after our planet, and the future of life on earth. Here are eight things you can do to combat the fires.

Broadcast: 7:25pm, 22 August 2019.
I joined Clive Bull on his LBC show to discuss the forest fires in Brazil, there causes and why they are such a significant issue.
.

Broadcast: 10:45am, 22 Anugust 2019.
I joined Kimberley Leonard on Sky News to discuss the forest fires in Brazil, there causes and why they are such a significant issue. Watch >> 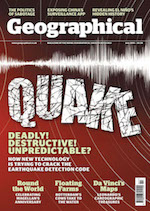 By Doug Specht
Published by: Geographical Magazine
Date: 8 July 2019
Since the 2010 earthquake in Haiti the way in which data has been collected during a humanitarian crisis has changed. But we still aren’t using it to maximum effect. New research sheds light on what’s going wrong, and how we can improve.

By Doug Specht
Published by: The Conversation
Date: 19 February 2019
Bukele’s win, on February 3 2019, broke the duality of the left-wing FMLN and right-wing ARENA governments who have dominated Salvadoran politics since the end of the civil war in 1992, the ending of which laid the foundations for a fragile liberal democracy. Both parties have failed to address the structural inequalities of El Salvador’s economy, and many Salvadorans no longer believe that politicians can solve such complex challenges.

By Doug Specht
Published by: The Conversation
Date: 23 August 2018
Newsrooms across the UK are finding themselves increasingly under-resourced. Less journalists and constrained budgets has meant many editors now rely on their staff to use more information from digital sources – such as social media. But as more journalism work relies on – or at least incorporates – potentially violent or harmful user-generated content, the risks of post-traumatic stress disorder (PTSD) in journalists has increased. This can lead to short, unpleasant careers and, in severe cases, long lasting mental health risks.
.
This article is also available in Indonesian: Terpapar video kekerasan menempatkan jurnalis pada peningkatan risiko stres pascatrauma
Read online Read in Hebrew 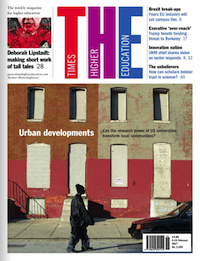 Topping up the trust fund: restoring public confidence in science 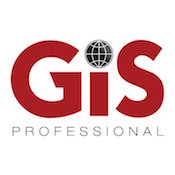 Why Location Matters in Data Analytics

By Steven Booth
Published by: GIS Professional
Date: December, 2016
Stephen Booth, editor in chief of GIS Professional, has written, in their December issue, about seeing Doug Specht present on his work examining the relationship between post-impressionist art and cartography.

By Sara Alzetta
Published by: ERODOTO108 (Italy)
Date: Autumn 2016
An interview about multiculturalism in the UK after the Brexit vote. 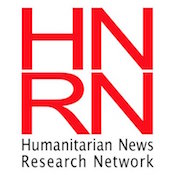 Connecting Communities: Knowledges, Maps and the Issue with Big Data

By Jon Eilenberg
Published by: Humanitarian News Research Network
Date: September 2016
An interview with HNRN on how aid organisations can improve their communication with the people they’re trying to help. And how local communities share and use knowledges in societies where activism can mean persecution or even death.

By Anastasia Denisova
Published by: Geo Magazine, Russia.
Date: August 2016
A profile for Geo Magazine, Russia, as their Geographer of the Month. The interview, in Russian, discusses teaching, geography and how these have come together to produce new learning methods for activist movements. 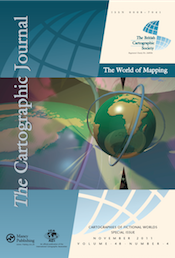 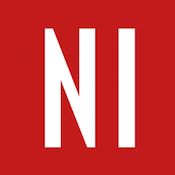 By Jen Wilton
Published by: New Internationalist
Date: June 2015
An article outlining the work of Voz in mapping human rights and environmental abuses around the globe.